Introduction: Heart disease is a major cause of mortality worldwide, and the annual number of deaths due to heart disease has increased in recent years. Although heart failure is usually managed with medicines, the ultimate treatment for end-stage disease is heart transplantation or an artificial heart. However, the use of these surgical strategies is limited by issues such as thrombosis, rejection and donor shortages. Regenerative therapies, such as the transplantation of cultured cells and tissues constructed using tissue engineering techniques, are receiving great attention as possible alternative treatments for heart failure. Research is ongoing into the potential clinical use of cardiomyocytes derived from human induced pluripotent stem cells (hiPSC-CMs). However, the energy-producing capacity of cardiomyocytes maintained under previous culture conditions is lower than that of adult primary cardiomyocytes due to immaturity and a reliance on glucose metabolism. Therefore, the aims of this study were to compare the types of fatty acids metabolized between cardiomyocytes in culture and heart cells in vivo and investigate whether the addition of fatty acids to the culture medium affected energy production by cardiomyocytes.

Methods: A fatty acid-containing medium was developed based on an analysis of fatty acid consumption by rat primary cardiomyocytes (rat-CMs), and the effects of this medium on adenosine triphosphate (ATP) production were investigated through bioluminescence imaging of luciferase-expressing rat-CMs. Next, the fatty acid content of the medium was further adjusted based on analyses of fatty acid utilization by porcine hearts and hiPSC-CMs. Oxygen consumption analyses were performed to explore whether the fatty acid-containing medium induced hiPSC-CMs to switch from anaerobic metabolism to aerobic metabolism. Furthermore, the effects of the medium on contractile force generated by hiPSC-CM-derived tissue were evaluated.

Conclusions: hiPSC-CMs metabolize similar types of fatty acid to those consumed by rat-CMs and porcine hearts. Furthermore, the addition of these fatty acids to the culture medium increased energy production by rat-CMs and hiPSC-CMs and enhanced the contractility of myocardial tissue generated from hiPSC-CMs. These findings suggest that the addition of fatty acids to the culture medium stimulates aerobic energy production by cardiomyocytes through β-oxidation. Since cardiomyocytes cultured in standard media rely primarily on anaerobic glucose metabolism and remain in an immature state, further research is merited to establish whether the addition of fatty acids to the culture medium would improve the energy-producing capacity and maturity of hiPSC-CMs and cardiac tissue constructed from these cells. It is possible that optimizing the metabolism of cultured cardiomyocytes, which require high energy production to sustain their contractile function, will improve the properties of hiPSC-CM-derived tissue, allowing it to be better utilized for disease modeling, drug screening and regenerative therapies for heart failure. 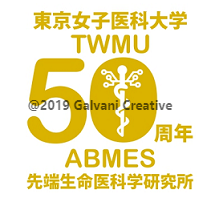